The “To cap? Or not to cap?” article began as a short opinion piece that was submitted to numerous media outlets in early August 2020. Journalist Ali Jackson-Jolley, sociologist Vilna Bashi Treitler and I collaborated on the piece. The submissions were not accepted.

The opinion piece evolved into an “Open Letter” addressed and emailed to officers of the National Association of Black Journalists that I submitted on behalf of Ali, Vilna and myself. Copies of the letter were emailed to a few other journalists including Ren LaForme, managing editor of the Poynter Institute for Media Studies. Poynter is the nation’s leading media news source, ethics adviser and continuing education venue for journalists and other media professionals.

Ren LaForme was interested in publishing the letter on Poynter’s news platform. I asked if I could make a few tweaks that would be acknowledged in the posted copy. LaForme: thumbs up.

Vilna and Ali moved on to other commitments and I continued to work on the piece. With Ren LaForme’s support, the tweaks developed beyond the open letter into a detailed discussion of multiple facets of the b/Black question.

The piece finally grew beyond the parameters of the Poynter platform into a discussion that black writers should have among ourselves. A shorter piece was planned for Poynter.

The longer piece was planned for posting on a platform that would allow for continuing discussion of the topic and related concerns. However I realized that I would not be able to manage the site because of other commitments. Also, the project should be a collective undertaking.

So the current platform was chosen for efficiency. We will not be able to engage in full, real time discussions until the project is transferred to another host. Ideally, the host will be a non-profit organization that can receive funding to partner with research institutions and other non-profit organizations to mount digital projects for the reclamation and organization of black Americans' lost genealogies and histories.

In the meantime, if you have comments about the articles, please email them to me and I will have them posted on the site.

Thank you for visiting!


Nea onnim no sua a, ohu

In the original home page slide show, a young black woman with a white man was looking out at all the initiated, as if to say, “You know what’s going on without me having to say it.” 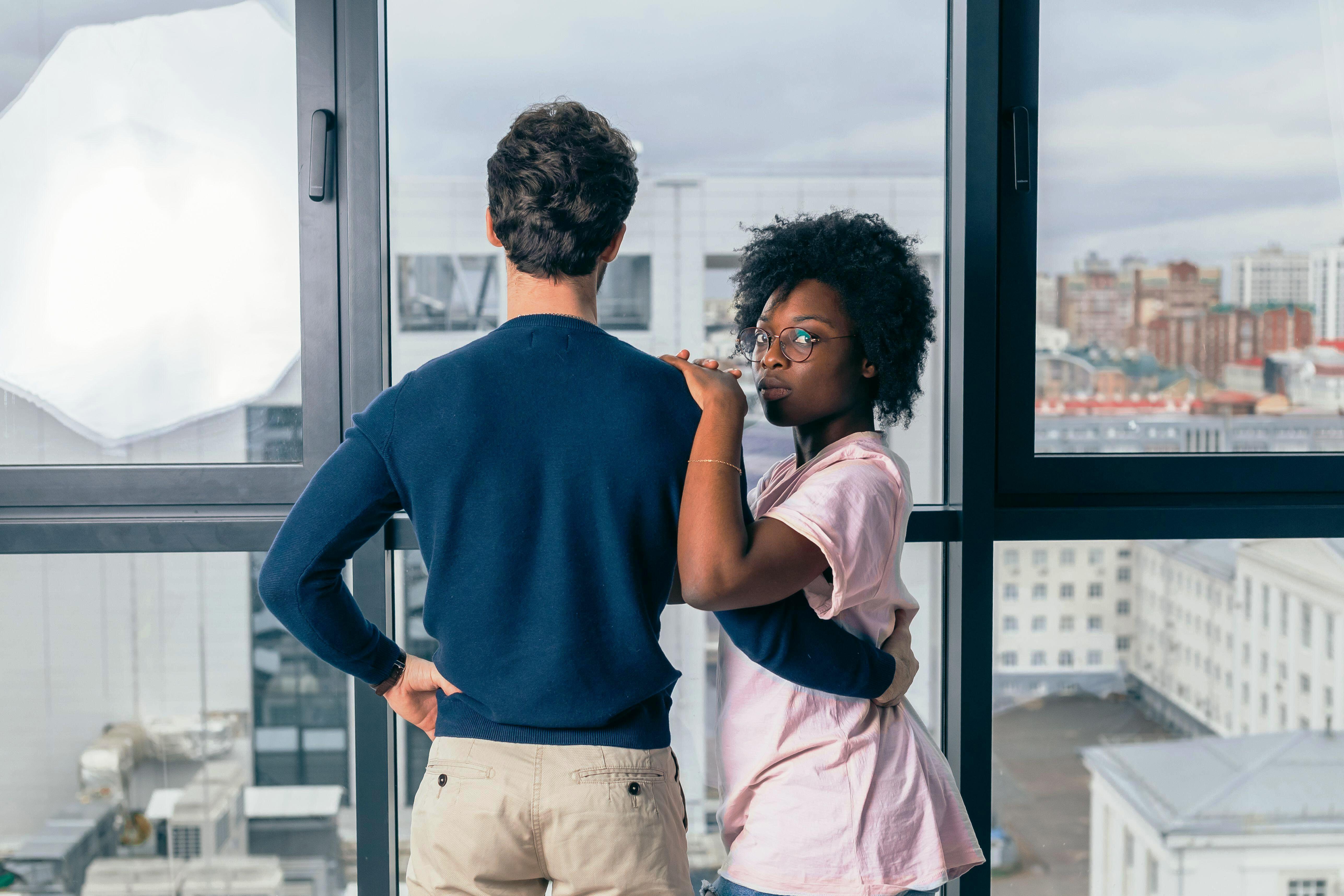 The hypothetical look refers to a real phenomenon that is reflected in the racial population changes of the 2020 census: the declining marriage rates for black American women because of the factors cited here and the genetic drift resulting from upwardly mobile, young black men’s socially-conditioned proclivity towards female partners who have less African DNA than they themselves have.

As a result of these factors and the growing acceptance of same-gender sexual relations in this country, young black women are increasingly partnering with other black women as well as non-black women and non-black men.

The consequences of the genetic drift include a deepening class divide among black people. Class and racialism, not just racism, should be the focus of the burgeoning antiracist discussion. All three circumstances are inextricably connected. This statistic from the Summer 2021 Scientific American — black people are about three times more likely than white people to be killed by law enforcement — has a class factor. Black Americans in lower-income areas are much more likely to be killed by police than other black people.

Can African descendents in the U.S. take the next steps in determining who we are in ways that would also contribute to breaking down racialized hierarchies?

The “Who are we?” project logo is an adinkra symbol that represents the quest for knowledge (in this case, the quest to know our full identities and how to overcome and terminate racialized devastations). The saying associated with the symbol is nea onnim no sua a, ohu (One who does not know can learn).

The adinkra name has been applied to a principle in theoretical physics that posits that physical reality arises from geometric patterns that are analogous to the yes or no questions (i.e., zeros and ones (0000-0001-0010-0100-1000) of digital computation.

In this theory the nature of reality is information-based and analogous to the virtual reality experienced through a headset.

The original adinkras are graphic symbols of ideas and aphorisms designed by the Akan people of Ghana and the Gyamen of Cote d’Ivoire. Because they function as abstractions of philosophy, andrinkas are a fitting name for mathematical super symmetry principles in physics that are otherwise unrelated to the West African symbols.

A leading theoretician of adinkra physics is African American physicist James S. Gates. Gates'collaboration with physicist Micheal Faux, who suggested the name “adinkra,” is an example of how African and western cultures are bridged in deeply revealing ways.

Right after I learned about the physics aspect of adrinkas, I received a message from artist Vandorn Hinnant. The message included the drawing (shown here) that expresses Hinnant’s insight about how symmetry expands into more symmetry in various forms of natural and artificial intelligence. Hinnant has basic knowledge of math and physics from formal education but his deeper insights into these fields are auto-didactic and intuitive. 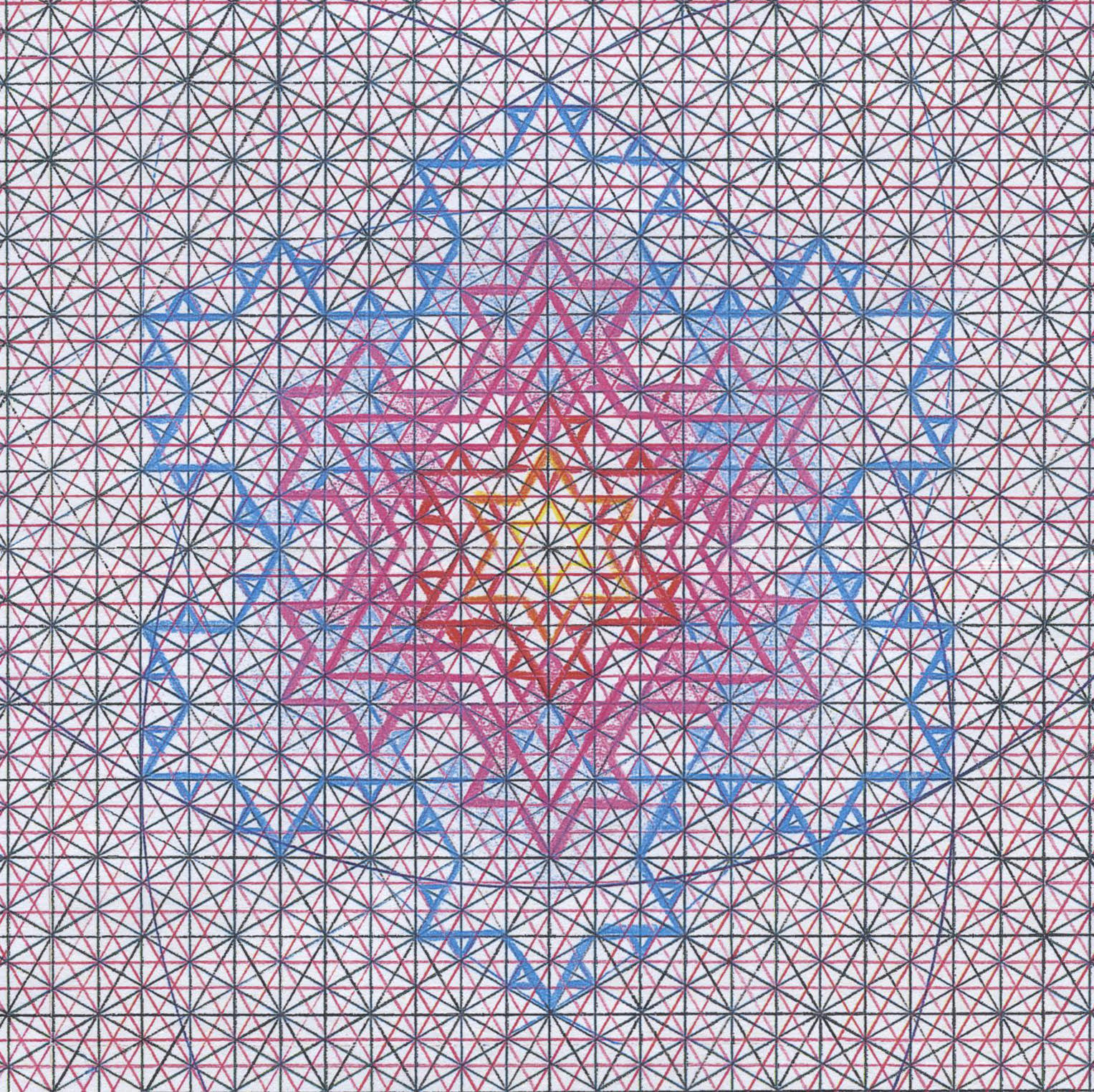 Vandorn Hinnant, Fractal Snowflake Crystal (AKA Fractal Brain), 1993, drawing on 11” x 17” paper. Says Hinnant: "The Koch crystal, a mathematical/geometrical phenomenon known to many geometers and mathematicians is emphasized in this color-coded fractal drawing."

In the message, Hinnant called the drawing "Fractal Brain," a reference to Wal H. Tsang’s book, The Fractal Brain Theory (2016). The drawing also seemed to symbolize James Gates’ thesis that “geometric objects…encode mathematical relationships between supersymmetric particles” named after adinkras. And these codes are interpreted through the human senses and brain as what we call physical matter.

That was one of two messages Hinnant sent to friends on July 4, 2021. In the other he noted his African, Tuscarora and Cherokee, and European ancestry and considered the meaning of the holiday by citing Frederick Douglas' “What, to the slave, is the fourth of July” speech and the tragic history of the indigenous people of this country.

Everything is connected. Humans break it up by drawing arbitrary lines between subjects and objects to which they give names and meanings. So-called white people in power have determined how the lines are drawn but in a democracy, with concerted effort, black people can at least determine our own formal names and give them empowering meanings. 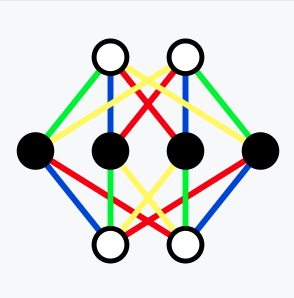 Physics Adinkra Symbol
Representing how three-dimensional forms can emerge from a singularity.
Connect
So that we can collectively continue the discussion
Guiding principle
flexibility
Location
USA
Contact
planetary.kinships@gmail.com
Copyright 2021 © Who Are We